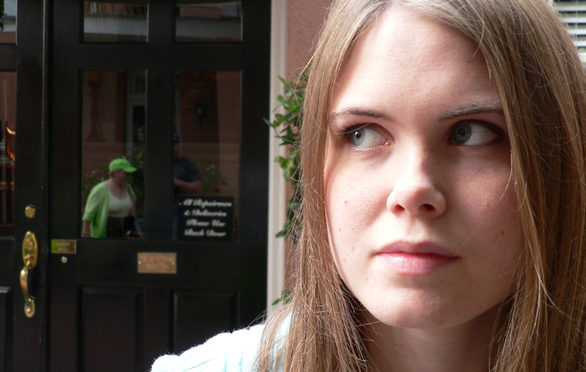 Today I went to lunch at a local restaurant chain. I’ve been there a lot. The people who work there are friendly. I’ve never had any complaints with either the food or service there.

Today was different. I asked for a large cup of water. I even paid for it, because the free cups of water are ridiculously small & as hot and thirsty as I was, I would have been up & down from the table a bunch of times going to ask them for more water.

I have MS & one of the most persistent problems of the disease for me is difficulty going from sitting to standing, or vice versa. It’s difficult for me to change position in any way.

The normally friendly cashier turned quickly unfriendly & turned away saying something under her breath about lazy people & their excuses. She also whispered something to a manager & pointed at me.

I didn’t say anything to the cashier. Just ate my food & drank my large cup of water. When I’m faced with conflict, I usually don’t do anything about it, but I was thinking many things.

Now it’s over & I’m wondering many things. Why did I even tell the usually friendly cashier about my MS? Was it because I wanted to educate, even in small doses? Was it because she was always friendly?

Then I realized – it doesn’t matter. The way this cashier acted did nothing but reflect poorly on her. She may have her reasons. Maybe something happened that caused her to act out. Things trigger odd reactions in people sometimes.

For me, this was just a bad customer service experience. I won’t complain. I have been on both sides of the counter.

But, people, don’t judge other people. You don’t ever know what’s going on inside someone. Just be nice. Or don’t be mean. Geez.