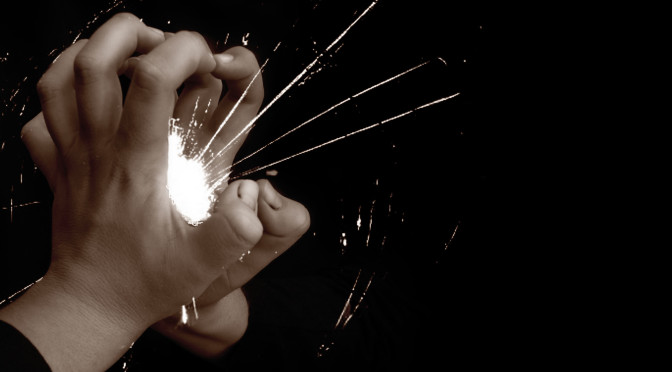 I would like to start by saying that I cried when I read “Letter to People without Chronic Pain“. I was diagnosed with 3 herniated discs in my neck, multiple bone spurs and degenerative bone disease. I had been working for years with neck damage and had no idea! Neck pain had become a part of my life and considering that I was in my mid to late 30’s I knew I was no longer a spring chicken. So until the morning of August 17, 2012 I thought that I was healthy as a horse.

August 17, 2012 at 5:00am started out like any other day. I got up started my coffee and proceeded to take a shower and get ready for work. By the time I got out of the shower the pain was so severe that I laid down on the couch and to my absolute fear I could not move! I also was having trouble breathing mainly because every time I tried to take a breath it felt like a vise was around my ribs and chest! I could not breath, I had no idea what was wrong with me.

When my doctor came into the room after I had an MRI, my jaw dropped as did my doctor to be honest. She stood there with one hand on her hip and told me that I have 3 herniated discs, multiple bone spurs and degenerative bone disease. I thought ” how in the world does this happen to some one who has never even been in ANY kind of accident! Her only explanation was the degenerative bone disease mixed with the type of physical labor work that I have always done ( and some weight lifting in the past ) had created this problem.

I went to a specialist was told surgery was not an option because no doctor where we live would touch me because of where the discs are and how they are herniated. So I went through physical therapy and home traction, which did help for a little while. After my case went from a short term to a long term disability case my employer with the state terminated my position and I lost my insurance. When that occurred I was no longer able to go to the doctor as needed and I lost my long term disabililty and my disability advocates. I have since tried to go back to work, but I am unable to do the same type of physical labor work that I used to do. Since trying to work I have noticed new symptoms. Some times I think that my husband thinks that I am full of it, and some times even rolls his eyes when I mention pain. But he has NO idea how bad my pain is! It is not just Physical pain but now has become Emotional pain as well.

Until this happened to me I worked took care of my kids, and now I can not hold a job! People look at me like I am full of it, like I am trying to ride the system! That could not be further from the truth! I want my life back, I do not want to be in pain literally 24/7! I want to sleep at night, ALL NIGHT and not wake up 4 times a night because an arm or a leg has gone numb or because I had my head in a wrong position for to long and a sharp pain wakes me up!! I am trying to get some financial assistance as a hospital near where I live but it is taking forever. I am even trying to get help from state and they are questioning why I have quit 2 jobs. I do not have an advocate or medical prof anymore of my condition because I have lost it all. All I do when I am by my self is cry, I want the pain to end, I want to stop feeling like people are judging me and talking about me like I am this drain on society! I do not know how much more I can take! Even my concentration is suffering, I feel like I am going CRAZY, I WANNA DISAPPEAR!!!!!