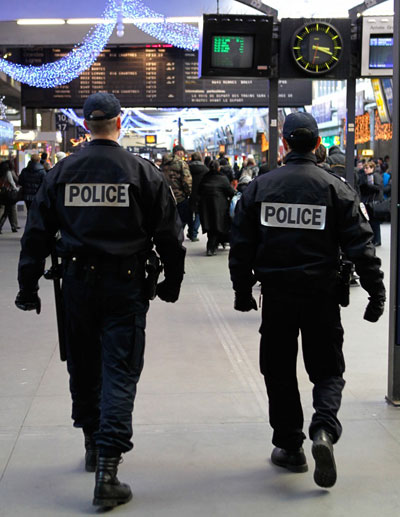 I fell getting my mail which my mailbox is located in the streets. The snow plow company didnt plow close enough to mailboxes which unbenounced to me caused me to lean forward and come off my toes, when I went to slowly push back and gain my footing, I turned, lost my balance, lost my footing and down I went. Thinking it was just an oops slip and fall.

Twenty min later I felt the most unbelievable pain in my lower back and down my right leg that I have ever felt….to the E.R..xrays, pain shots and meds and sent home. A couple days of excruciating pain sent me back to E.R. With the same repeat. Five days after fall to a back surgeon who immediately admitted me to the hospital.

Test after test and a steriod epidural with no relief. Surgery was inevitable. I had a lamenectomy and a jammed, bruised nerve was discovered and repaired along with a degenerative L4 was repaired, but the L4 was not my issues.

Finally relieved of the excruitating pain, I thought now the healing process will begin and i will be ok. Not knowing my life was bout to take a downward spiral effect that would change my life forever.

When I fell, I was a street patrol police officer for over 14 yrs and I passionately love my job more than anyone could possibly imagine. Five months after surgery, I returned to work still with pain and being told by doc that it will take a long, long time to heal.

Well I worked the streets wearing a 16 lb gunbelt and entire uniform and gunbelt weighing over 25 lbs coupled with the twenty lbs I had gained from laying on my back, recovering was hard, but with pain meds and p.t. And docs assuring me that my spine was perfect that I should be ok. But they couldnt explain my pain.

Over a course of two yrs with several steriod epidurals, physical therapy, numerous different pain meds that didnt work, also on Cymbalta, Lyrica, and Gabapentin which all made me sick. Then diagnosed with bursitis of right shoulder, osteoarthritissacriliitis of left S/I jpint, and severe scar tissue built up under surgery site.

I know have chronic lower back pain, charlie horses in my legs like twinkling christmas tree lights, numbness and tingling in my feet and toes, along with constant S/I joint pain. I’m told by doctors there is nothing they can do for me, to hang up my gunbelt and take a desk job and see a counselor for trying to deal with the fact that the career which I love, lived for, and always dreamed of doing will inevitably be no longer. But the thought of that I could not bare because I love being a Police Officer.

So I fought the idea of a desk job and im still fighting. Again off work on a FMLA in attempt to go hard on physical therapy, lose the back weight I gained, and do another series of steroid epidurals. I could fight this, win, and go back to what I Live doing more than anything in the world.

Dec 2012 I had one steriod epidural which helped slightly. Jan 2013 I had my second which again, helped so ever slightly, but at this point, I will take whatever so slighty pain relief I could get. Then on Feb 20, 2013 I had my final third steriod epidural of my series. I slept all day after that making sure I stayed in bed. The second day, I was very sore at the injection site which was normal in the past. Then as the second day went on, I vomited, still thinking nothing of it, believing I possibly had not eaten enough with my pain meds that caused me to be sick as the day went on. I began to get a violent headache still thinking that it was I had not drank enough water, I took my Motrin 600 and tried to sleep off, my headache.

Going into the third day after my epidural, I woke still sore at injection site, but my headache was gone feeling pretty good, so i did some lite laundry trying to move about as to not get to sore from laying in bed, then by early evening, my lower back was excruciating, I was nausish, and a headache started again. Fearing something was terribly wrong, my fiance rushed me to the E.R., they loaded me up with pain meds and I.V. fluids to ease the back pain and my violent headache. Then the doc told me that my spinal sac had been punctured by the epidural needle causing spinal fluid to leak.

I was released, told to bed rest for few ays, drink plenty of caffiene to help subside the headache, take my regular pain meds as prescribed, and if the severe pain and headaches do not subside, to return to the E.R. for a blood patch, where they would remove blood from my arm and inject it in my spine near the injectionsite to cause a hematoma to stop the spinal flyid from leaking.

Buy the time I had got home from the hospital, I vomitted every ounce of fluid I drank. thinking it was from all the pain meds I had received in the hospital, I stopped drinking so I wouldnt vomit, and went to sleep. Day four, I woke late afternoon, still sore in lower back and a faint headache. I decided to stay in bed praying the spinal fluids stop leaking, because if you dont lay on back in bed and stand up, the spinal fluids leak, you will get naushish, and possibly vomit and the headache will get worse. Because I do not, if I dont have too, want another needle put into my back after what I just went thru with this bad experience of this steriod epidural that caused my spinal fluids to leak and causing my severe pain, vomiting, and violent headache.

So with that being said….I dont think iI will ever do another epidural after what I just experienced…as though I have not been thru enough pain thru these two long years of chronic pain and the docs say there is nothing else they can do, but also suggested a spinal cord stimulator placed inside my back which constanly releases pain meds. But right now, thats not an option, that is their solution. Me only being 44 yrs old, I’m too young too go that drastic this early and it will surely end my Police career. So all I have now is a whole lot of praying, physical therapy, pain management, hoping someday I will get better, the pain will ease up, and I will get back into my uniform, get back to my life which has been so drastically altered by my fall.

Will I ever do another elidural?..Hecky NO….am I confident I will ever get better? Not sure, but I have not given up faith….but I am starting to lose faith in the doctors who have so quickly given up on me and didnt hesitate to tell me to hang up my gunbelt and just deal with it…well I’m not settling for that…..I have not given up yet….sorry this was typed from a phone a hard to proof read…thank you for reading my story…God Bless you all…and good luck with your back issues..